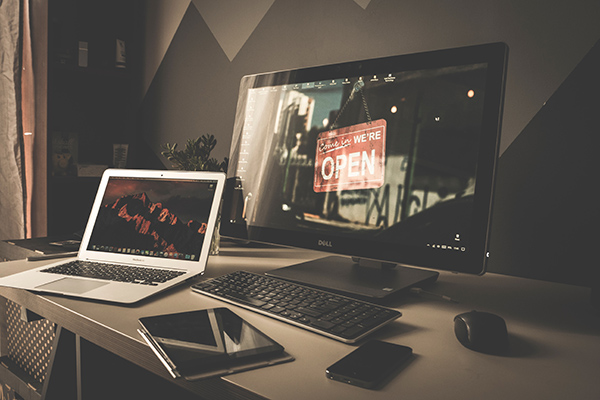 It may seem like laptops and tablets are everywhere, but desktop computers still have their place when it comes to business and personal use. If you’re thinking about purchasing a new computer, you may be wondering whether a laptop or a desktop would be best for you. Here are a few things to consider:

Laptops are made to fit into our fast-paced worlds. They can easily be taken from one place to another and generally don’t take up a lot of room.

Laptops are also generally much lighter than desktop set ups. It’s a bit more difficult to move a desktop computer and you’re certainly not going to want to set one up in your local coffee shop.

On the other hand, since laptops are meant to be portable, they often have smaller screens than what would be available with a desktop computer. Although laptops with screens up to 21 inches are available, you may find that they are less portable than their smaller counterparts.

Laptops are more fine-tuned, because of their smaller size. This also makes them difficult to repair and upgrade.

More for the Money

If you have a set budget, you’re likely going to get a more powerful machine if you purchase a desktop over a laptop.

Desktop components that make it up are generally larger and need more space to prevent overheating. That’s why it’s suggested that a user who needs a significant amount of power – like a gamer – purchases a desktop.

However, there are laptops out there that can perform at similar levels but be cautious of the risk of overheating.

Studio Pear
TechTips
computercomputer componentstech supporttech tiptechnology
Previous What is a motherboard?
Next What is Encryption?