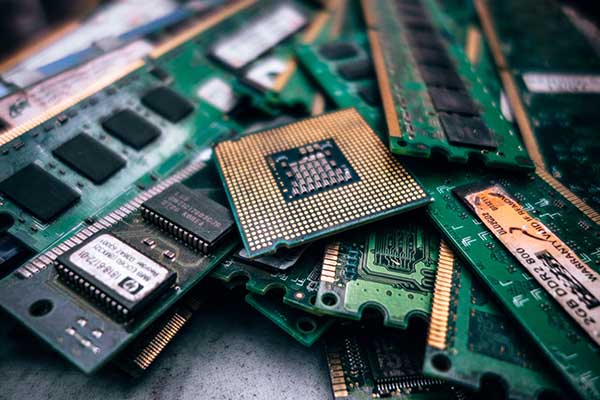 When you’re shopping for a computer, you see the term ‘RAM’ thrown around quite a bit, but what is RAM?

RAM stands for Random Access Memory. It is the hardware inside a computer that temporarily stores data. A computer uses RAM to load data because it’s faster than running the same data directly off the hard drive.

Although RAM may often be referred to as ‘memory’ it has nothing to do with the amount of file storage a hard drive has, although the two are sometimes incorrectly used interchangeably.

A hard drive stores data whether it’s on or off, however the contents of RAM are erased when the computer is shut down, which is why your program files aren’t open when you turn your computer back on.

How much RAM do you need? That depends on what you want to use your computer for. If you’re a gamer, you’re going to want plenty of RAM – many games call for at least 4 GB of RAM, although more generally means smoother game play and faster load times.

Studio Pear
TechTips
Previous Disconnected: What to do if your internet isn’t working
Next What is a motherboard?